Why Fastpitch Pitching Leaves So Many In Awe… 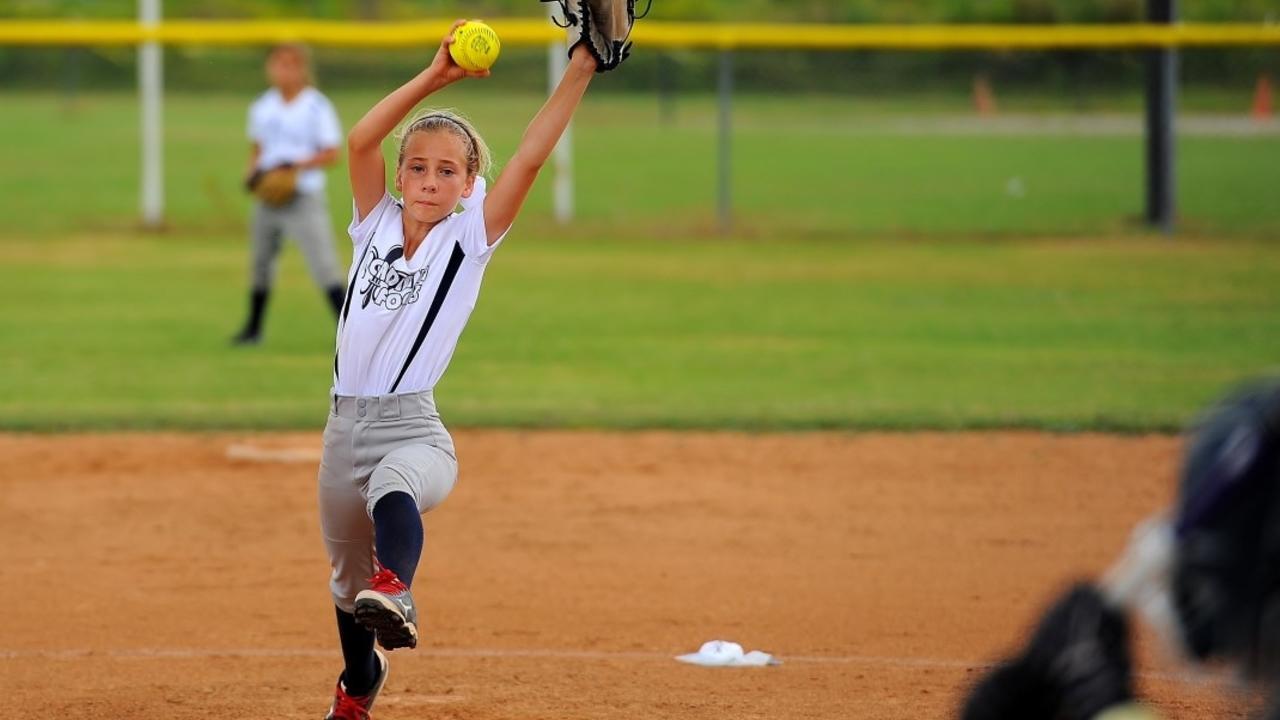 I love everything about fastpitch pitching. It’s an art – physically and mentally. A very small percentage of people in this world can say that they have taken a stab at it, and even fewer can say that they ended their career as a pitcher and made it through the whole way. There is a certain splendor in watching someone perform the action of underhand pitching, and actually doing it well.

Let me be the first to tell you – pitching is not easy because of how unique the motion is and how each part of your body does something on its own while it still contributes to one full, complete, pitching circle. Softball pitching leaves fans who aren’t around the sport jaw-dropped. Pitching is an act that so many people want to do, but very few last until the very end in the collegiate or professional ranks.

What makes pitching so beautiful is the motion, the dedication and the pressure... 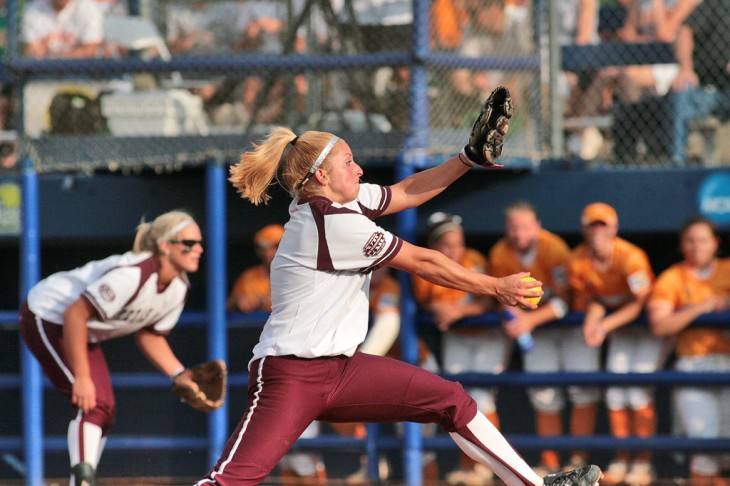 There is such a high percentage of parents, especially dads, who have thrown overhand and can teach their sons and daughters the general idea of how to throw a ball in an overhand motion. The percentage of those parents who have any idea on how to pitch underhand is minute, which causes it to have a certain mystique to those who watch. The motion of fastpitch pitching is intriguing.

When watching a fastpitch pitcher, there is truly so much more to it than meets the eye, especially when it comes to physical mechanics of pitching. It’s not easy to perform the action, and it’s even harder to actually excel at being a great pitcher. Because of all the moving parts through one pitch, all of them add to the allure.

There is so much that goes into creating 1 pitch:

There is no other motion in sports quite like the underhand delivery, which leads people to be in awe of pitchers.

There are so many things that need to go right in every single pitch in order to have success in a single game, nevertheless in an entire career. The feel of knowing when a good pitch is coming out of your hand is a feeling that cannot be created with any other action in softball. It’s a feeling of success, effectiveness and control and a feeling only pitchers can understand.  To create that feeling over and over again through hard work and dedication is what it takes to create a beautiful, fluid motion that leaves ordinary people in admiration.

The Dedication (aka Sacrifice)

What adds to the attractiveness of a great pitcher is the fact that they are dedicated to their craft. Because of the things listed above about the motion of a pitcher, it takes repetition after repetition to form the correct habits and mechanics. There are so many small drills you can work on as a pitcher to make a complete motion beautiful. You can skip those drills, but being dedicated to those small drills day in and day out is what adds to the absolute beauty of a pitcher with a solid foundation and will add to her success in the long run.

👉 It takes so much time and you must be willing to put in the extra work – more work than any other position player may put into their swing or fielding a ground ball. Are you will to sacrifice giving up some other things to become a GREAT pitcher? If you are willing to, I promise the sacrifice will seem worth it when you look back.

A pitcher pays more attention to detail than any other player every time you go out to pitch, as pitching is the most intricate position to try to master.

It’s that attention to detail and dedication to practicing that creates body awareness, feel and smoothness in a pitcher’s muscles.  Yes you may be dedicated, but a pitcher’s motion is always a work in progress.

👉 Mentally, it can take a toll on a pitcher to put in the work and always having to correct or tweak a little something here and there. For as many things that are going correctly in your motion, there is always something to work on, always something you can be doing better or getting stronger at. The devotedness to practice for a pitcher should be relentless. With devotedness comes perseverance, all the while you are learning the greatest lessons about yourself.

When you look back, you realize the sweat, fatigue, pain and sacrifices were all worth it.

The pressure a pitcher goes through in a game is extraordinary. Think of how a playing field is called a “diamond.” Who is in the middle of that “diamond”?  The pitcher.  Remember, a real diamond is made from high pressure and temperatures. So, seeing as how a pitcher’s position is right in the middle of a diamond, the pressure will be high…

👉 A pitcher is battle tested so many times throughout a season. If you have never been on a pitching mound or in a pitching circle when the bases are loaded and the game is on the line, you have no idea what thoughts go through a pitcher’s mind and the intense pressure that an be felt at that point. All eyes are on you and you play a tremendous part in what the outcome of the game will be. From the stands, you may think you know, but it’s one of those things one must experience in order to get the full effect.

👉 In the middle of the pitching circle there is no hiding. Everyone watching THINKS they know when you are doing well or when you are doing bad. Sometimes they are right with their assumption, other times they are completely wrong. BUT, as pitcher, you have the most chances out of anybody on the field for others to see your results.You can look at it as the most chances for opportunity to show the world what you’ve got, or you can look at it as the most chances to mess up – the choice is yours. In a game, a hitter may get anywhere between 0-10 swings in 4 at bats. A pitcher is throwing 100+ pitches in a 7 inning game. Your skills are put on display for everyone to see every time you release the ball.

The pressure is a huge part of what makes pitching even more beautiful to watch and take in.

👉 Pressure adds adrenaline and fuel to the fire. Do you use this to get motivated, or do you let it get the best of you?? At the end of the day, if you can handle the pressure and learn to take the bad results like you take the good results, stay consistent with your emotions and be able to handle the pressure one pitch at a time, the sky is the limit for where a pitcher’s abilities can go. You learn to FEEL the pressure, embrace it, but not let it take over your emotions. The pressure will ALWAYS be there, it will never go away. But what makes a pitcher even more amazing, is when they handle the pressure and are able to move on to the next pitch, next inning and next game with a fresh, clear way of approaching it. The best pitchers will change their mindset of thinking of pressure as something negative, and start thinking of pressure as an opportunity.

Pitching. Ugh, I love coaching it, I love still getting a chance to do it. I just think that everything about pitching is beautiful. It’s one of the hardest things to do in sports, which is why the victory of having success when you pitch is one of the biggest highs of the world. It’s the hard that makes it great. There’s a beauty to being in control and having the ball in your hand. You feel the seams under your finger tips and you may even feel your palms sweat a little while you hold the ball. This feeling is OUR feeling – the pitchers in the world who want to take not only the ball in their hand, but they want to take the GAME in their hand and lead their team. This is what it takes to be a great pitcher, are you ready?

Not everyone can pitch. It’s mysterious, it’s difficult, it’s a never-ending project.  When you pitch, you get to be in your own world, like tunnel vision. No one else knows what is going on in your head and your inner thoughts. When you pitch, you can actually become a different person; it’s almost like a yearly Halloween costume. It is your chance to enter a different place and become a different person. If you have never pitched before, it’s hard to even remotely understand what I am talking about, for being a pitcher is its own special breed.

If you can dedicate your time to trying to perfect your mechanics, while persevering through the pressure, then THAT will get you through until the end.

‼️ If it’s in you, never give up on being a pitcher. Finishing your career as a pitcher is an accomplishment in itself; it’s like entering into a exclusive sorority. Compared to the mass numbers, very few will be there with you, but if you make it, you share an exceptional bond that very few will ever know. 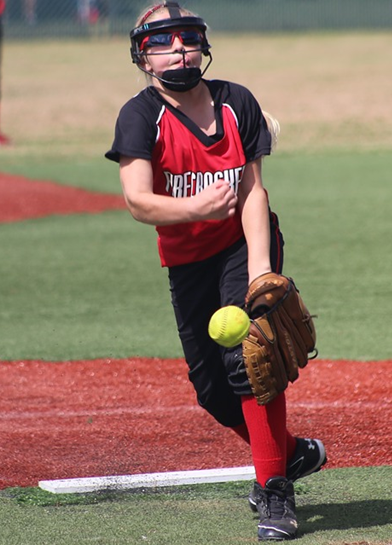 Get my FREE Coaching Confidence Guide

This free download will help you kickstart new ways to communicate and coach your pitcher so that you can help her gain confidence on game day and crush her biggest goals. 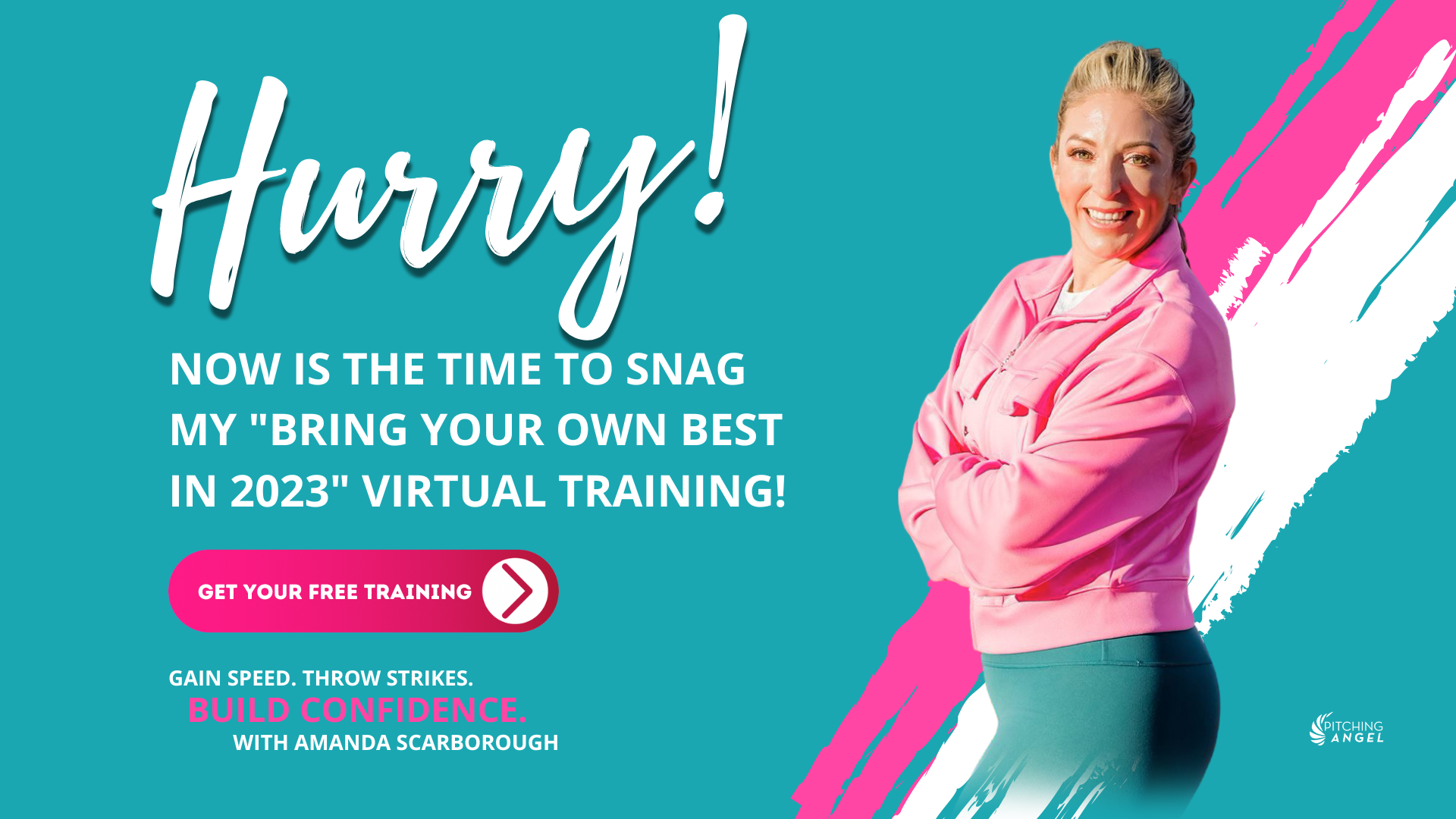 Join the Bring Your Own Best in 2023 today & watch your pitcher FLY HIGH with confidence this season!  🎉 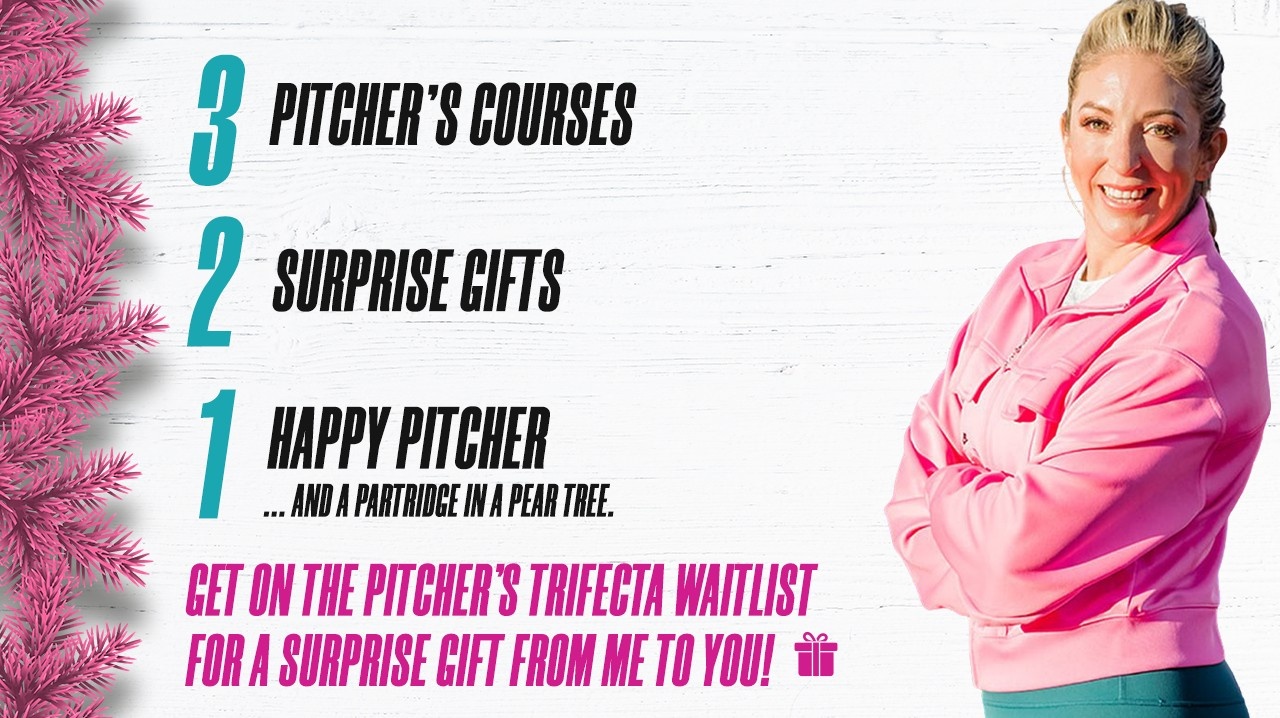 GET ON THE PITCHER'S TRIFECTA WAITLIST FOR A SURPRISE GIFT FROM ME TO YOU!

The ultimate gift to put under the tree that sets your pitcher up to start the new year strong.